For a proper setting, you need to know how sensing works. 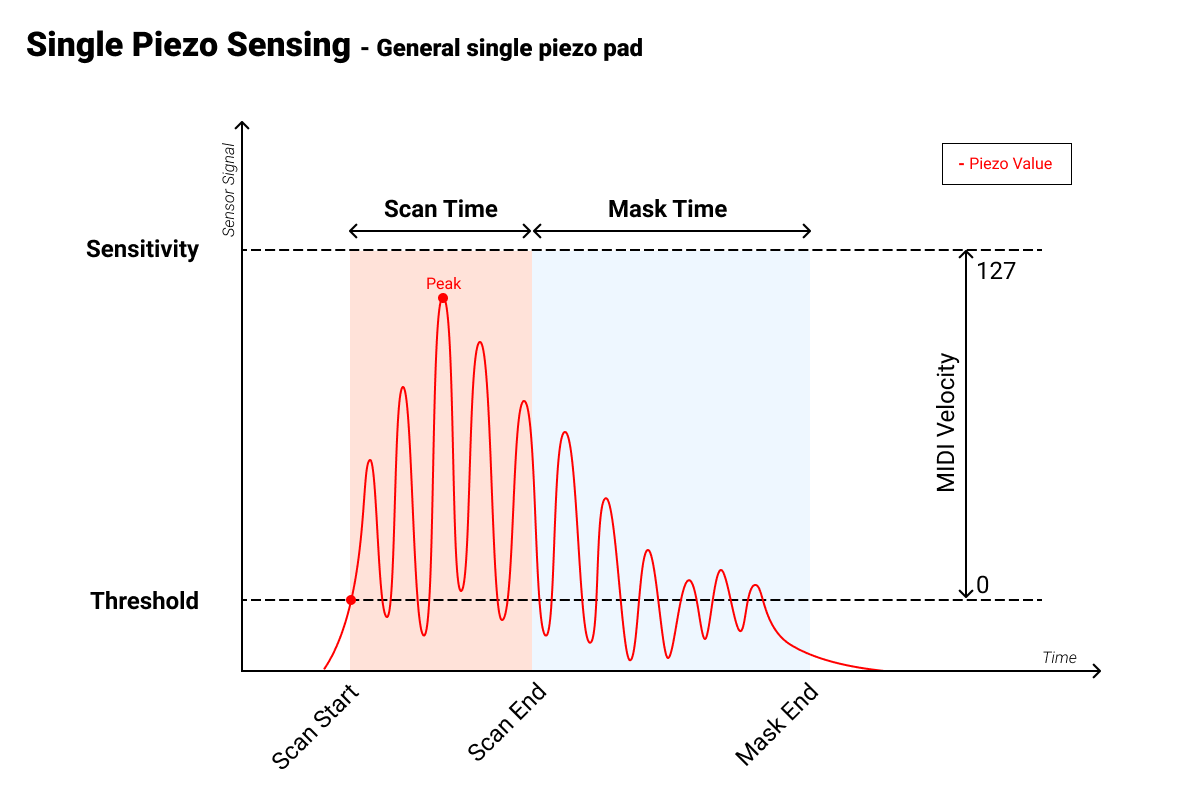 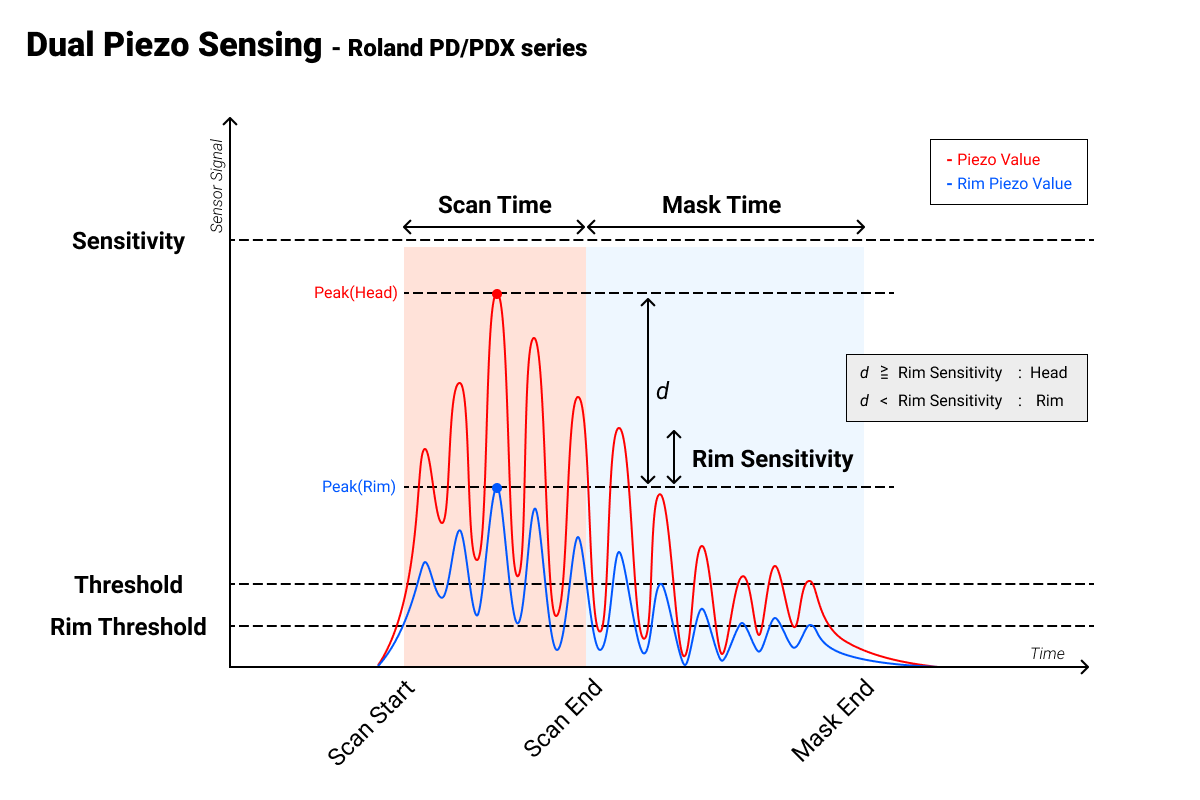 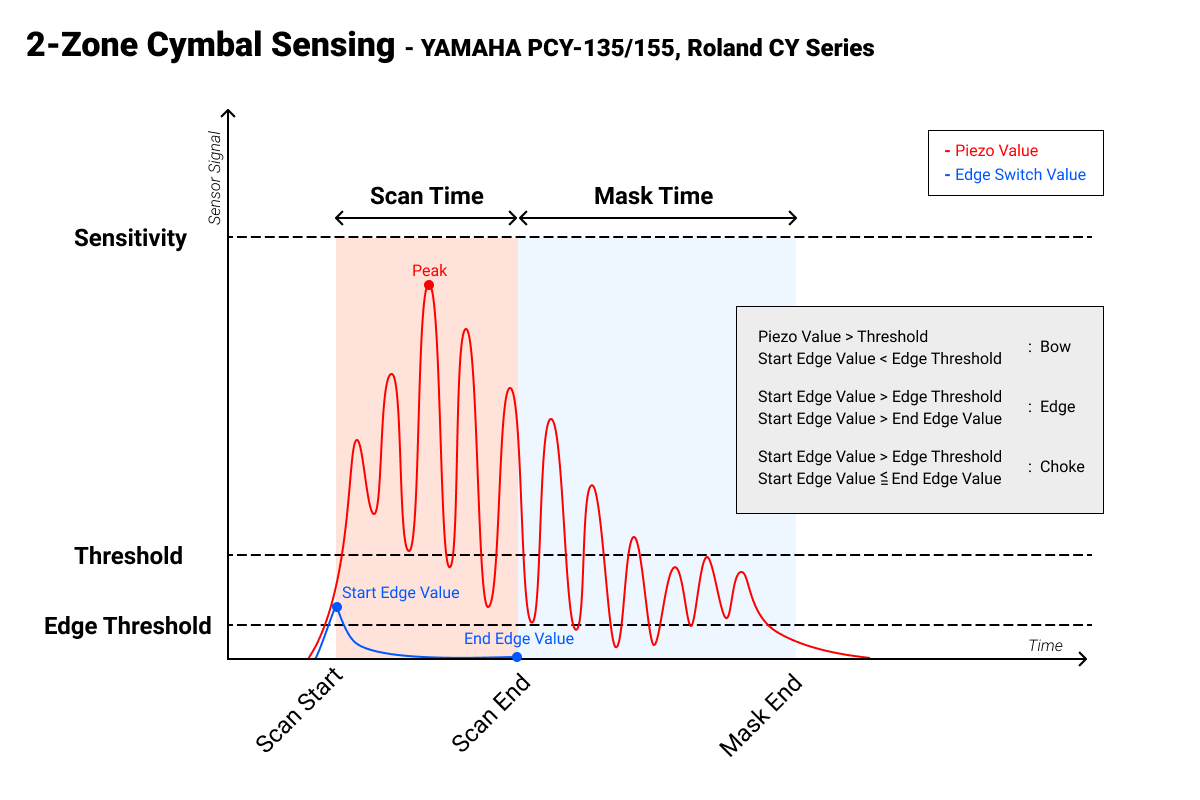 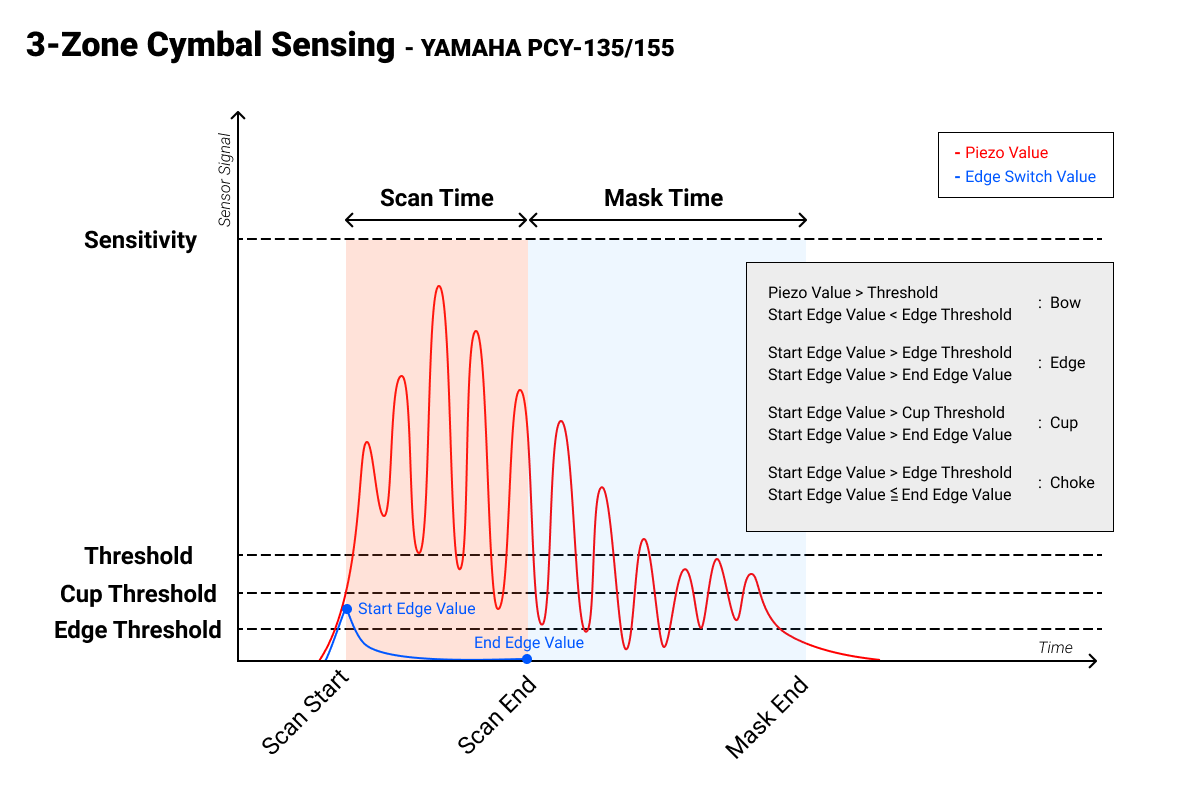 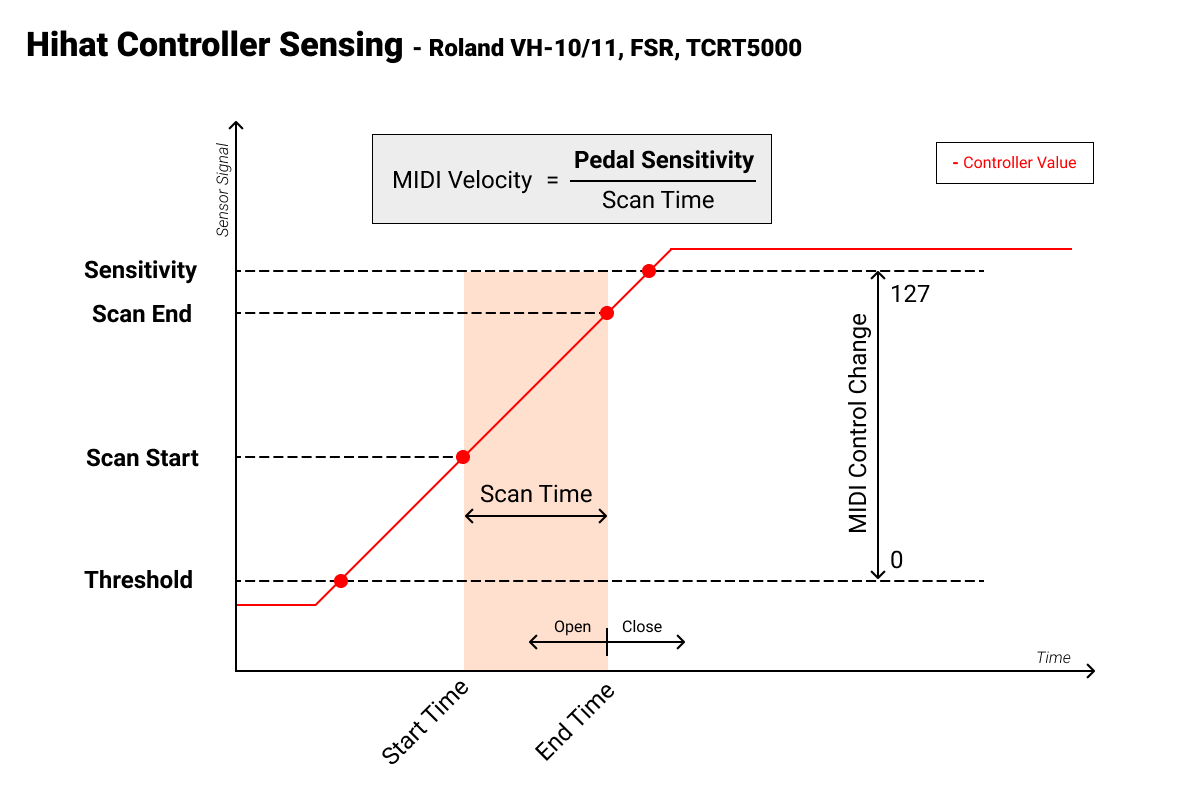 Whether it's the FSR, the infrared sensor (TCRT5000), or Roland's VH-10, they are the same. Record the time you started closing the hi-hat and the time you finished closing it. Then, the time it took to close the hi-hat is converted to the velocity. Only ScanStart and ScanEnd and PedalSensitivity are relevant to the velocity. The MIDI CC value can be set in the Sensitivity and Threshold. Velocity Curve here is only applied to MIDI CC values. 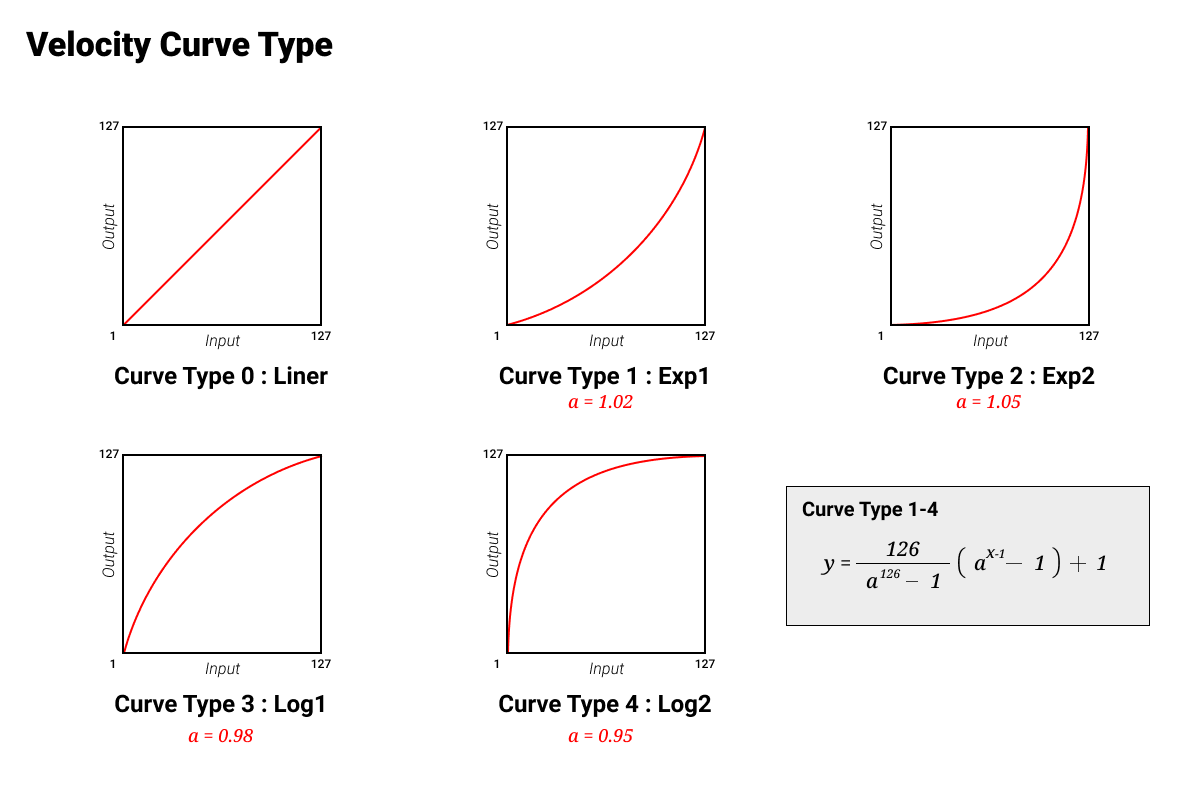